Everything's in the air, and you're frozen

I've never been one for podcasts, but that's always been something I wanted to change. Pretty sure I was made for podcasts.


Betsy suggested The RFK Tapes, and I found the one that hooked me. I love the 60s and politics and, also, as it turns out, conspiracy theories. Go give it a listen.

So then I thought, hey, why not listen to Serial?

Bingeing these two podcasts has given me a lot to think about concerning the nature of truth and lies and memory. How can two people avow with all their hearts things which are opposites? Should we assume they are both telling the truth? Or both lying? And can we actually remember anything? Can we truly know anything that happened to us?

I was listening to Episode 7 of Serial, the one where Sarah Koenig is talking to Deirdre Enright, a lawyer who runs the Innocence Project at the University of Virginia School of Law. Koenig had Enright and her team look at the case to see what they thought of it--whether they could poke holes in it, or whether they thought there was enough evidence for a conviction.

Then Koenig asks Enright how common it is for her to have these flip flopping moments, which she, and we as the audience, constantly have. You hear one bit of testimony and you think, "Oh, he's guilty." And the next you think, "He has to be innocent. There's no way."

This is how Enright answers:

"I tell people all the time, you are juggling, and everything's in the air, and you're frozen. You have to stay there until you've eliminated all questions. Because if you come down or catch one and get attached to it, you're gonna make the same mistakes that law enforcement do."

I think the secret is that you're juggling. I think we have the wrong idea of faith. That faith is to find the one ball that we need to hold on to, so we can let all the other ones drop.

But in Hebrews we learn that "faith is the substance of things hoped for, the evidence of things not seen." (Hebrews 11:1)

I think that means faith is the juggling. We hope one of the balls is the right one, and that there is some evidence for that, so the substance of that hope is continuing to juggle.

She says frozen, but she means committed. She means skin in the game. She means wholehearted. "You have to stay there until you've eliminated all questions." The thing is, I don't think we can eliminate all questions. At least not until the afterlife when we get to meet God. So we're locked into the act of juggling--frozen, committed wholeheartedly to it.

Faith is an action, we learn. Sarah Koenig's podcast is an act of faith. I haven't finished it, yet, so no spoilers. But if in the end, we don't know the answers, we've still done the faithing, with all that tireless asking and juggling. 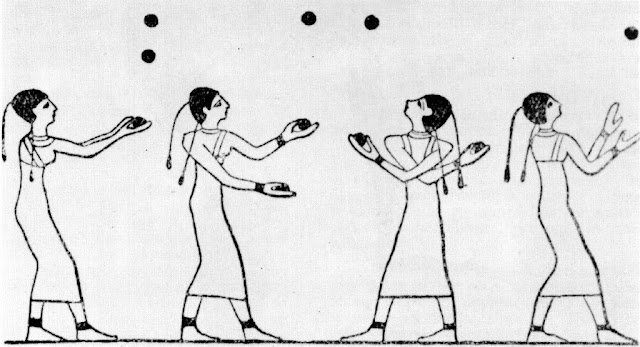