Sometimes TV shows last for too long. The original premise no longer applies, and you have to take mental leaps to imagine what's keeping the characters together. Actors leave to pursue other projects, leaving gaping holes in the cast. After winding through season after season, ends must be tied up quickly at the last minute.

But I think there's a virtue in those later seasons.

In real life, characters come and go. Sometimes they guest star but never make it to the regular cast. Sometimes they're absent for a few episodes and it leaves you wondering why. But life continues. The original premise has shifted, but at its heart, your life is still the same show.

Later seasons have a freedom. They're free from the formula of what they were. Even when that formula was for something amazing, the freedom to do something new and different is exciting. Kind of like how I get nostalgia for everything that's happened to me, but I keep doing new things I've never done.

TV shows are friends. You love them like people. You love all of them.

Like Abed said in the series finale of Community:

"TV defeats its own purpose when it's pushing an agenda, or trying to defeat other TV, or being proud or ashamed of itself for existing. It's TV; it's comfort.

"It's a friend you've known so well, and for so long you just let it be with you. And it needs to be okay for it to have a bad day or phone in a day.

"And it needs to be okay for it to get on a boat with Levar Burton and never come back. Because eventually, it all will." 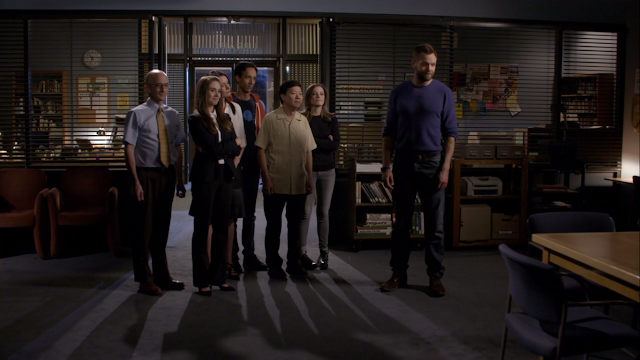