I've recently had to come to grips with the fact that I actually really do like musical theater. I feel like hating musical theater was always an, if not integral, very well-defined part of the Rachel Persona.

So anyway. Kristen got me to see The Greatest Showman. It's not the best movie in the world, but it is very enjoyable to watch.

And the music. It's so good.

Ever since, I've had the soundtrack as my running playlist. It's 40 minutes long, which is a good length for a run. "The Other Side" is a good pacer. The rhythm of "From Now On" is so infectious that I have actually skipped/danced to this down the running path, in full sight of other runners and groups of kids riding their bikes. One windy day when I was feeling a lot of emotions, I ran straight into the wind while listening to "Never Enough" and I cried.

I'm always pretty excited when "Come Alive" comes on. It's the part in the movie where P. T. Barnum has recruited all his circus freaks and he's trying to inspire them to put themselves out there for their first show.

I recently listened to a podcast about confronting stigma. A journalist named Johann Hari was on the show, who writes about drug addiction and the failure of the war on drugs. According to his research, besides the chemical aspect, we fall into addiction because we have a lack of connection in our lives. Those with strong support systems are better able to fight drug addiction.

He tells this story of going to this devastated neighborhood in Cleveland, "and it was one of those streets where a third of the houses had been demolished, a third had been abandoned, and a third still have people living in them-- huge addiction problems, as you could just see walking around."

That anecdote has lingered with me, and changed what that song means to me.

I wouldn't have put it that way myself, but I feel that way sometimes. I know that I used to be alive, when I wasn't so afraid and I didn't wonder about so many things. I know exactly when I died that deathless death. I can count the number of years I've lived as a zombie.

But in the song, he says that "the world becomes a fantasy and you're more than you could ever be 'cause you're dreaming with your eyes wide open."

When he says that, I stand up a little straighter. I let my legs carry me forward without having to strain to make them go. And I feel like the run I'm on is the waking dream I'm dreaming. The dream I'm making come true with every time my feet pound the earth below. 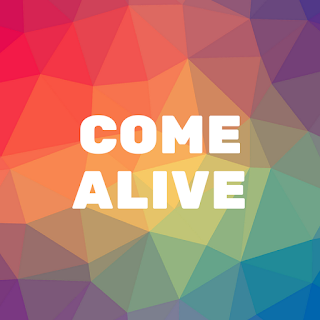 Posted by Rachel at 9:48 PM No comments: