First, Dean plays the role of "the Harvey." 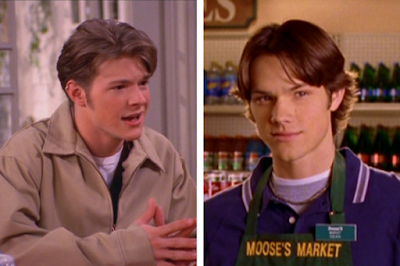 The cute, wholesome, first love, making high school magical since 1996. They get together surprisingly easily and stay together virtually without a hitch. Until...

Second, Jess plays the role of "the Josh." 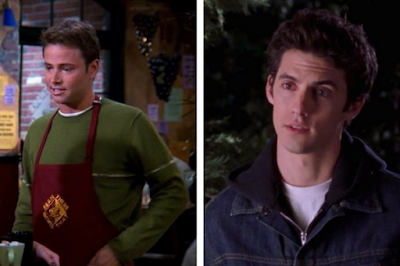 Better looking, perhaps, and more intellectual. Sparks curiosity in our young heroine, as she would have something with him that she doesn't have with "the Harvey." They flirt inappropriately, kiss, then have to wait a while to be together.

And finally, Logan plays the role of "the Aaron." 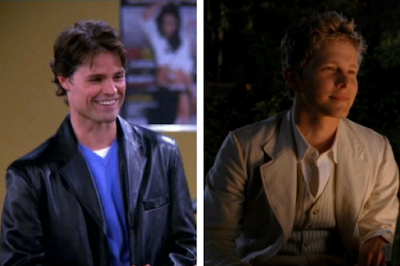 The choice for our heroine once she has grown up. Tbh, why does it even come to this?

Here, our comparison ends, because *spoilers* Sabrina ends up with her One True Love Harvey, and Rory ends up the worst human being on the planet (unless we strike out the Revival, and she ends up a cool young journalist following around Barack Obama). And also Harvey is 1000x better than Dean, because he's friends with a talking cat. Also, for many, many other reasons. But I don't think you need me to spell those out.
Posted by Rachel at 5:31 PM No comments:

The other day, I took a BuzzFeed poll that allowed you to sort Brooklyn Nine-Nine characters into Hogwarts houses. I thought the masses got a lot of them wrong, so here's my two cents. 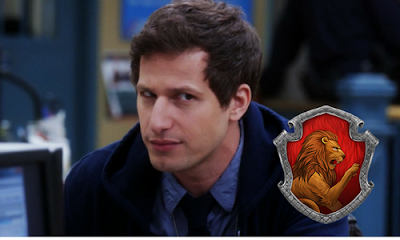 Jake is the epitome of bravery to the point of recklessness. You might as well call him Jake "Pointless Heroics" Peralta. The one thing he doesn't have is chivalry. Remember when he went out of his way to humiliate Amy on their fake date? 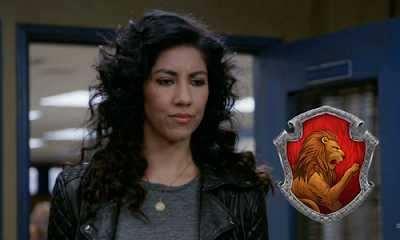 She's a hard one to pin down. Definitely not a Slytherin, though, because she doesn't show particular shrewdness or ambition. She's just trying to live the life that makes sense to her, whether it's watching Nancy Meyers movies and drinking bellinis or not telling anyone where she lives. I think that leaves her as a Gryffindor. She has a moral code, and she comes through bravely when the situation calls for it. Plus, I love to imagine her and Jake back at the Academy as fellow Gryffindors <3 p=""> 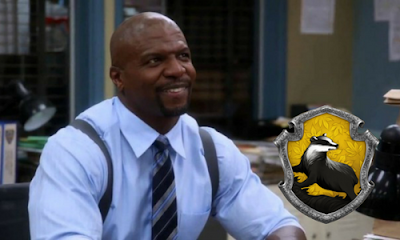 Three words: Terry loves yogurt. But really though, he is the picture of a Hufflepuff hero. He works so hard, tirelessly, and he's extremely loyal to the Nine-Nine and his team. Not to mention his family. He's modest and so not interested in Halloween shenanigans. Hufflepuff Head Boy. Seriously. 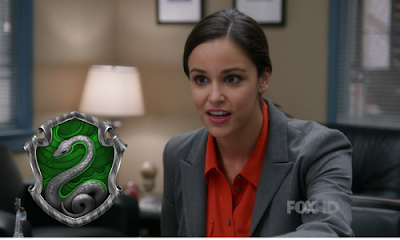 No doubt that the Sorting Hat spent a while on her head before deciding. She could fit well into several houses. Her tireless drive is what puts her into Slytherin, though. Remember when she was unwilling to be the union rep because it might hurt her chances of becoming captain one day? It's all about #1. She's shrewd and a strong leader. She knows Slytherin will get her further than any other house. I like to imagine that her and Hermione have a nice rivalry going on and the rest of the Slytherins find her pretty annoying. Can you imagine her kissing up to Professor Slughorn? 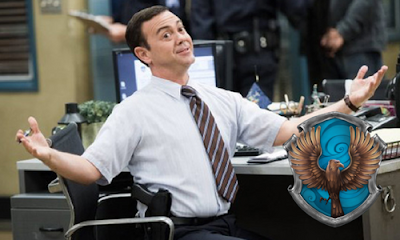 Difficult choice. What is Charles? He's everything. He's a Hufflepuff in terms of quirkiness, but he doesn't seem defined by determination or hard work. He's not exactly tolerant or impartial (it's he and Jake against the world). I decided ultimately that he is Ravenclaw, because he is extremely creative and individual. Think of his Halloween costumes and his pizza email blast. To me, he's a Luna style of Ravenclaw, totally quirky and in his own world. Plus, the other Ravenclaws probably hate that he's as obsessed with Jake/Harry Potter as all the teachers seem to be. 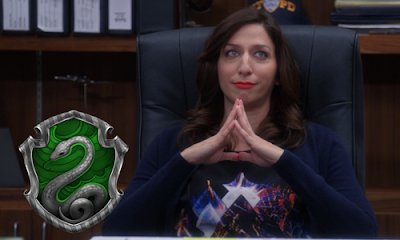 Do I even need to say anything? The human form of the 100 emoji. Resourceful, cunning, and shrewd. Self-preservation above all else. And yet, she uses all that to help others when need be. Another good Slytherin. But she does love organizing pranks on Amy the Prefect in the common room. 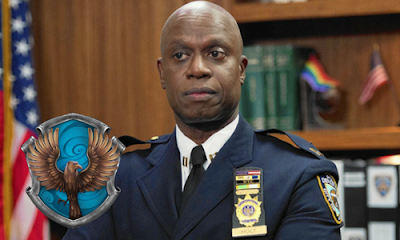 Witty, creative, and a total individual. He made it through the 80s as an openly gay black police officer armed with those qualities. He's totally competitive and puts stock in his wit and originality to help him triumph over his foes. I also love to imagine Holt and Boyle in the same house, because they'd never interact. 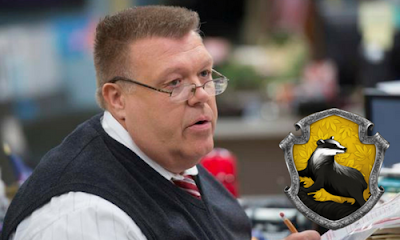 This was so hard. I don't think he's a Hufflepuff because he's a sad weirdo. That's too obvious. It's more that he's not really a Gryffindor or a Ravenclaw or a Slytherin. He is patient and dedicated in that he plonks daily through a boring life. He's extremely loyal to food, not getting up from his chair, and Hitchcock. 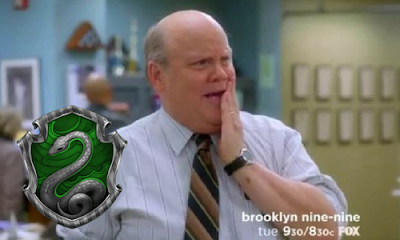 Hitchcock's penchant for taking off his shirt whenever occasion permits (and often when it doesn't) reveals that he's more than a Hufflepuff-by-default like his best friend. He's cunning and shows more ambition that Scully. He constantly hits on women out of his league and aspires to be Jake's best friend whenever Scully and Boyle happen to be out of the room. At least 80% of his and Scully's antics are because of him. He's the kind of sidekick Draco Malfoy wished he had.
Posted by Rachel at 6:37 PM No comments:

Ken Fashionista Dolls, Rated by How Much I Want to Date Them

In my day, there were like 5 Barbies and 2 Kens to choose from. Now there are fifteen Kens! What a great time to be alive.

Ken Fashionista Dolls, Rated by How Much I Want to Date Them: 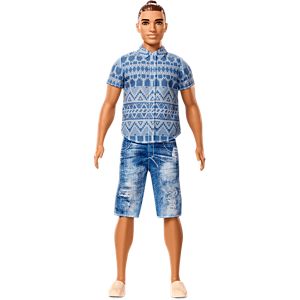 His choice to wear distressed denim is crazy, and I can't understand how he always seems to be traveling on his Instagram. He's probably the type of guy that I find secretly handsome when he lets his hair out of the man bun and it falls over his face, but that doesn't happen nearly enough. 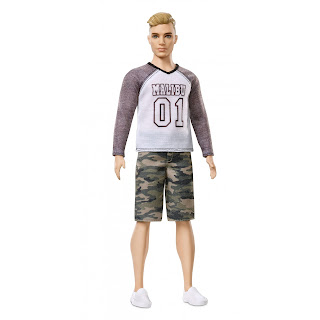 His hair is shaved too close on the sides. It makes me suspicious. His Tinder profile probably includes the same Michael Scott quote that ever other guy's does. 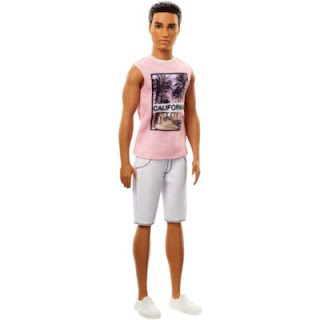 I don't want to go waterskiing every weekend, so I don't know what we would have in common. 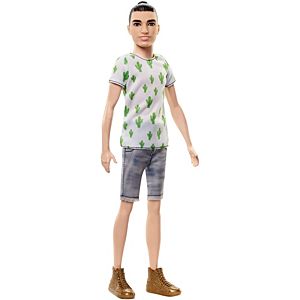 I'd be uncomfortable that he's so much skinnier than me, but luckily he only likes girls with extremely short bangs and lavender hair, so I don't have to worry about whether that's shallow of me. 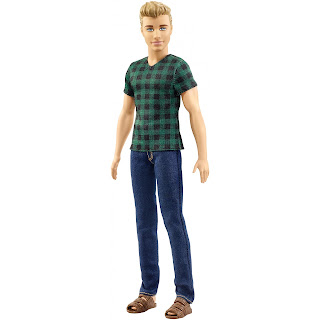 I always thought he was too handsome for his own good, but I talked to him one time and he's actually not that bad. Now he winks at me whenever he sees me but never talks to me. Eye roll. I do like a man who's not afraid to show his toes in public, though. 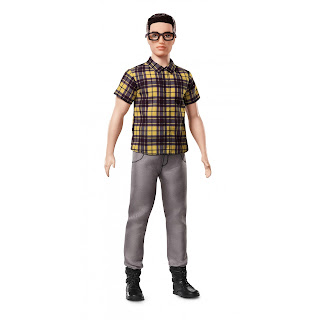 He's a brooding loner, which I'm kind of into, but all his clothes are a bit too baggy. I fear that he spends all his time commenting on weird subreddits, so I've steered clear so far. 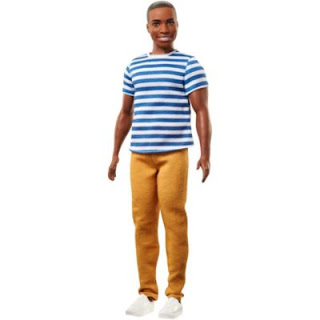 Look at that smile. Sometimes you just fall for the guy who's nice to you, even though you know he's nice to everyone. 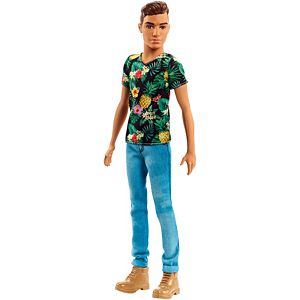 He's way too cool for me, but what a babe. 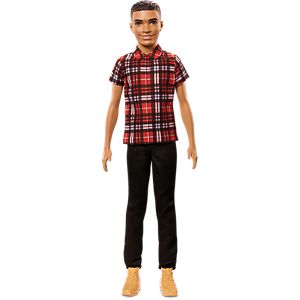 I have stalked all his ukulele covers on YouTube a million times, so I actually get embarrassed whenever I see him in real life. I haven't talked to him yet, but we have some of the same TV shows, so I know it'll be really good when we do talk. 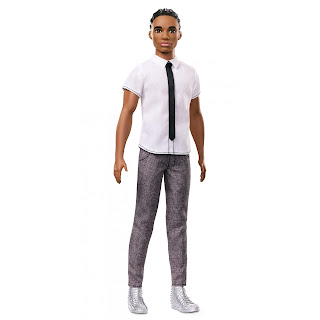 The way he wears ties with jeans is kinda weird, but it works for the part of me that is still a middle schooler. He's quiet, but he talks to me, which I feel smug about whenever he comes up in conversation with my friends. 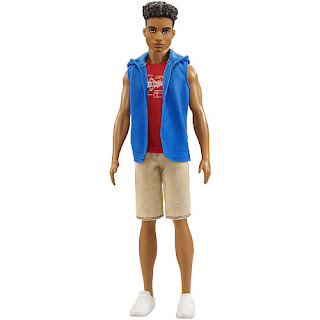 His hair is the definition of the heart eye emoji, but aside from that, I never really noticed him until I saw pictures of him at the Women's March in January. Now I stalk him on GoodReads and read everything he does. 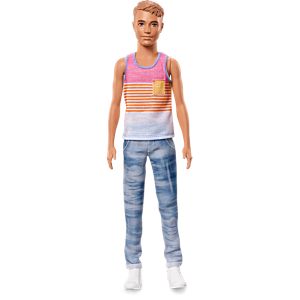 He's so tan that his skin is bronze, like his hair. But he still has freckles somehow? Swoon. Plz teach me to longboard? 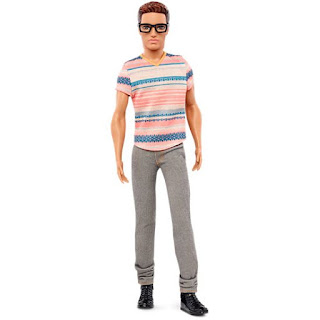 He's super smart, and condescending about it, but I can carry on a conversation with him about the topic of his masters thesis, so he's always a little bit impressed by me. 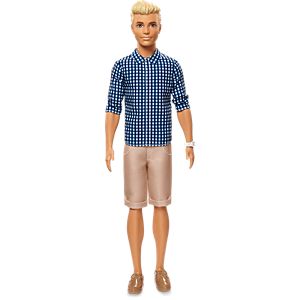 Hello, be my Fourth of July barbecue date, please? 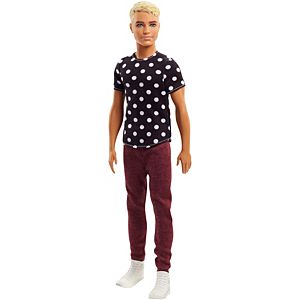 He is also too cool for me, but he secretly has a collection of kites and loves obscure 70s music, so he actually thinks I'm too cool for him. I think we're in love. 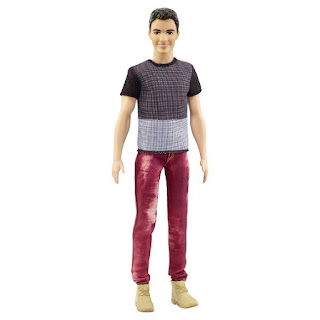