And how good it is?

Every song hits me right in the stomach with that I'm-in-love feeling. Like it's the first warm day of spring and I'm riding around in the passenger's seat of a car with a boy I like.

Where would I be right now if I hadn't had those friends who liked One Direction and made me realize (several years in) that liking One Direction was the right way to live?

Where would I be if I had never followed my heart and moved to that perfect little house where I met those friends?

Where would we be if Harry Styles had never tried out for The X Factor?

Would he have gotten to Meet Me in the Hallway if he had never started with What Makes You Beautiful? 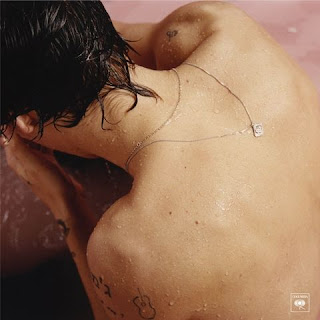 Posted by Rachel at 8:17 PM No comments:

Update on the Mona Lisa.

On the sidebar of It's Such a Good Feeling, I have the list of the Top 10 most viewed posts. I like to watch it change and see what's most popular.

The thing about it is that it's a positive feedback loop. Whatever is listed at the top, people click on. And then it gets even more views, solidifying its #1 seat.

I wrote about how I like to look at the frames at art museums. And that I thought the frame was prettier than Lisa. Because I'm contrary and think I'm too cool to like the Mona Lisa.

Anyway, I just went to France. Which was an amazing dream come true. And we went to the Louvre. And so I took this lil video, to bring this crazy ride full circle.

I quoted the lyrics way wrong. But, I have to admit, the Mona Lisa was cooler than I thought. I didn't really stop to look at the frame, if that means anything.
Posted by Rachel at 3:27 PM No comments: