Ben Wyatt and the Tragedy of the Commons

There was probably a moment early on, right as the internet was getting big, when individuals all over the world logged out of a chat room and spontaneously started crying, or said a prayer of thanks to God, or petted their cat extra contemplatively. Finally, there was a way to connect with people with the same interests as them--people who understood them.

That moment was meaningful. We all want to connect. Brené Brown says it's a human need. This is the kind of connection that makes you feel good. Like when you're reading Harry Potter and you want someone who also absolutely loves it to sit down and talk with you about where Blaise Zabini was all the years before their sixth year.

But there's a kind of connection that doesn't make you feel good. I call it "the tragedy of the commons." That's actually already a term for something else--when ownership of something is shared between a lot of people, everyone is incentivized to not really take care of it. They act according to their personal interest, which is at odds with the common interest. They end up depleting the resource.

What I'm talking about though, is Ben Wyatt. Ben Wyatt is one of the greatest things to happen to America in this century. Ben Wyatt, human disaster. His plaid shirts and claymation and calzones and fear of cops. I love him deeply. 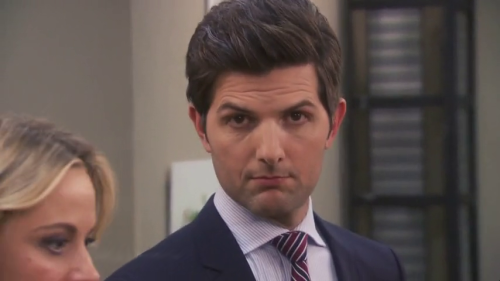 But this is the tragedy of the commons: Ben Wyatt is common. I'm not the only one to think he's one of the greatest things to happen to America in this century. There are thousands of girls on the internet who feel that way. And so it feels like the corner of my heart in which I love Ben Wyatt is being crowded out by other girls who are all versions of me. There are so many of us, and I just want to tell them that this is my heart, so get out.

This type of connection doesn't make me feel good. It sometimes just feels like a tragedy to be common.
Posted by Rachel at 9:15 PM