My Favorite Movie for Every Year I've Been Alive. 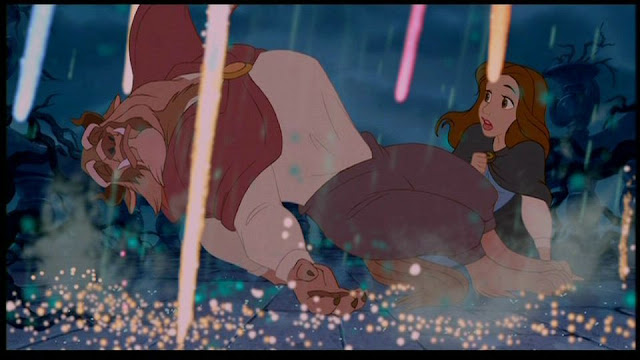 Type of Favorite: My Favorite Disney
My birth year really gave me nothing to work with. But this always was one of my favorites Disneys growing up. You can still find me saying, "Flowers, chocolates, promises you don't intend to keep!" in a Cogsworth voice.
Runner Up: The Addams Family

Type of Favorite: Former Obsession
Truth be told, I've never seen this movie all the way through, but I did have a temporary obsession with it sometime during my teen years  after it was on TV once. My romanticization of fly fishing still remains, probably.
Runner Up: Aladdin 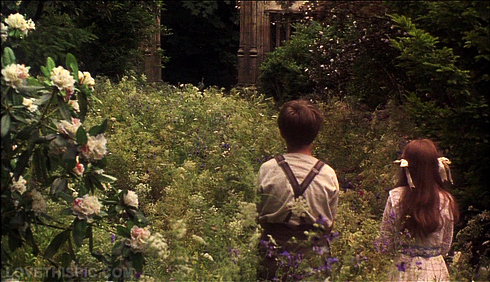 I for sure had a thing for Dickon as a child.

Type of Favorite: Lifetime Favorite
I've always loved this movie, from the opening scenes of exotic India to the shot of Dickon riding over the moor while the credits roll. Probably because the idea of building your own secret garden is right up my alley. Every time I hear the word black, I say, "Are you blind? They're all black!"
Runner Up: The Sandlot (A hard decision, for sure. The Sandlot has more cultural capital, but The Secret Garden means more to me.) 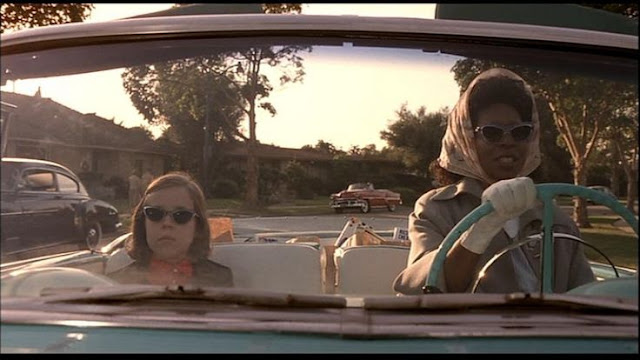 Type of Favorite: Timeless
This movie is full of hilarious and touching details. And anything about midcentury America gives me heart eyes. I quote this nonstop, usually just to myself. "Please don't make me go to school, Corrina!"
Runner Up: Little Women 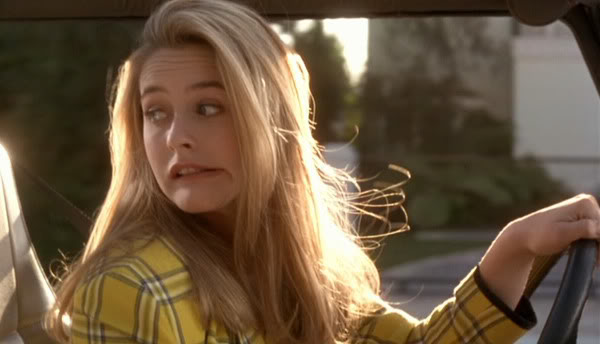 Type of Favorite: My Third Favorite Movie
This movie seems fluffy, but is actually genius. Just like Cher. I don't know how to put my love for Clueless into words, but I think I would watch it any time of the day or night.
Runner Up: While You Were Sleeping 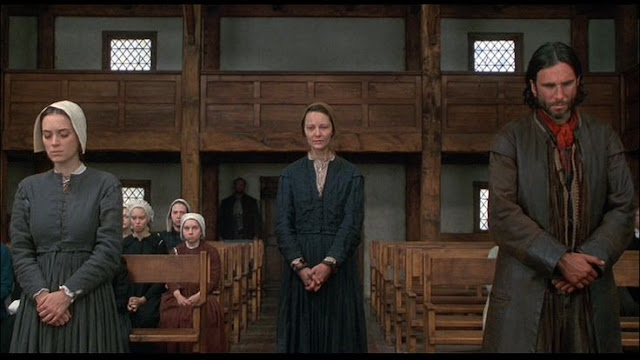 Type of Favorite: My Favorite Favorite Movie
Betrayal, sin, honor, community, love, redemption. All with those grimy Puritan faces and those weird Puritan accents. If you had to read this in high school and hated it, give this movie another try. It's thrilling and moving.
Runner Up: Emma (Emma would have won, hands down, in almost any other year.) 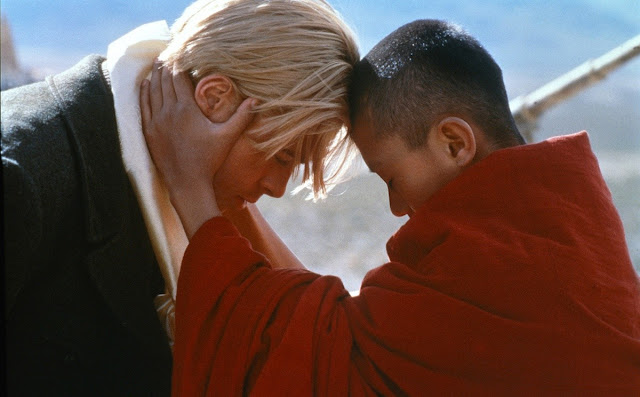 Type of Favorite: If Me & My Sister Had a Movie, This Would Be It
I feel like I was always a little too young to watch this, but I did anyway. I still love Tibet to this day. My sister Katie makes us do this with our heads, even though I always get ticklish. It's our thing.
Runner Up: Selena 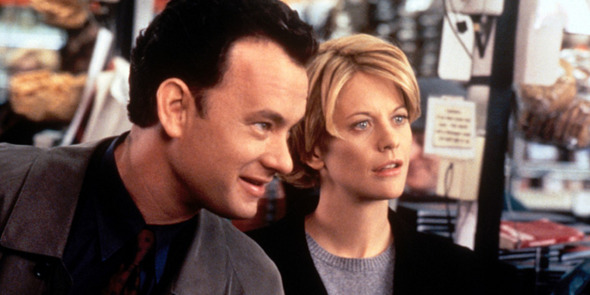 Type of Favorite: World's Best Rom Com
It makes you glad the internet was invented, just so this movie could be made. Timeless. Chances are, if you say thank you to me, I will say, "Thank your, ladies and gentlemen." If the year 1960 comes up, I'll say, "Birdie was in love with Generalissimo Franco? It was probably around 1960!" And, like many women, everything I know about The Godfather is from this movie.
Runners Up: The Parent Trap, Ever After (This choice was excruciatingly difficult.) 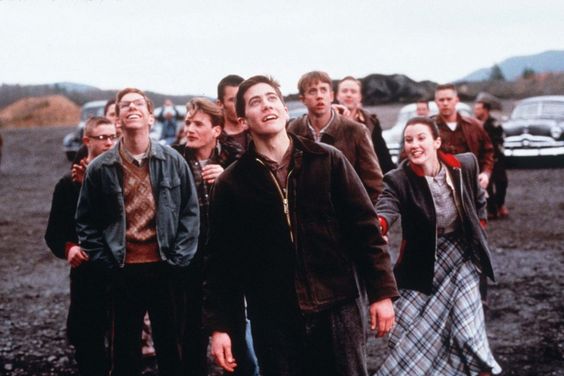 Type of Favorite: Friday Night in with the Family
There's something so satisfying about watching the sophistication of their rockets progress through the movie. And what do I love more than the space race?
Runner Up: Toy Story 2 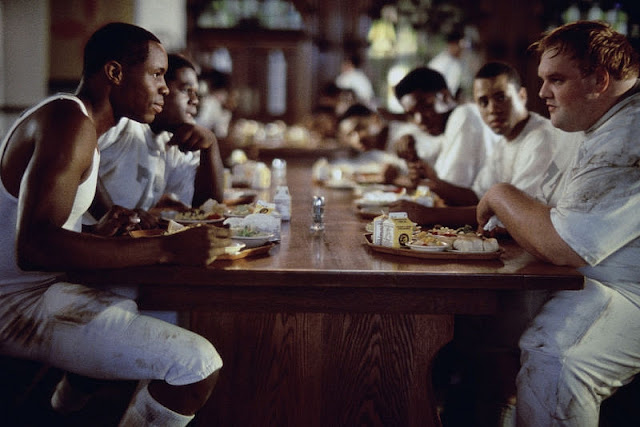 Type of Favorite: Who Doesn't Like this Movie?
Let's talk about the perfect placement of the James Taylor song just before Gary's accident. Also, baby Ryan Gosling. And how often the phrases "I don't want to get to know him" and "Sheryl! Sheryl! I. Do. Not. Care." are applicable in real life.
Runner Up: Return to Me 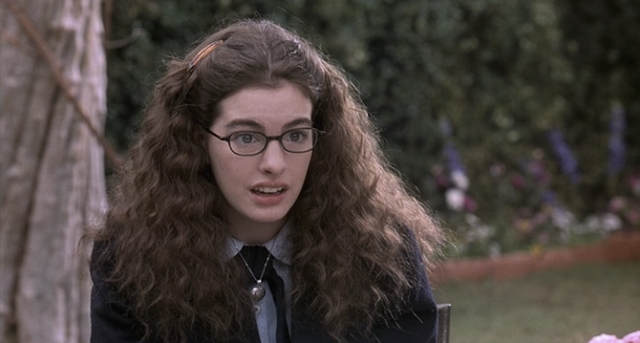 Type of Favorite: My Inner 10-Year-Old Will Never Die
The Princess Diaries is a great girl power movie. Yes, a girl who says "Please don't crush my soy nuts" can be a princess just by being herself. Also, realizing that she's still herself even when she changes her hair. Anytime I'm wet, I'm like, "I am invisible, and I am wet." And any time a boy can play the guitar, it's, "He fixes cars, he plays guitar, and he can sing. He is so hot!"

Type of Favorite: Only Action Movie on This List
The first one sets up the story; the third one wraps it up. The second one is the sweet spot. And I love the Anglo-Saxon character of Rohan. And I love Shadowfax.
Runner Up: A La Folie, Pas Du Tout 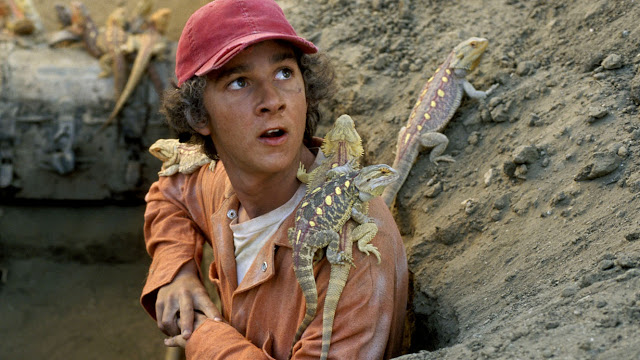 Type of Favorite: The Perfect Movie for Any Mood
Just now, I was thinking, "Wait, there's a moral to this story, isn't there? Something about fate or treating people with kindness?" I honestly don't remember. I just love its absurdity. And the nicknames.
Runner Up: School of Rock (Such a hard choice for me.) 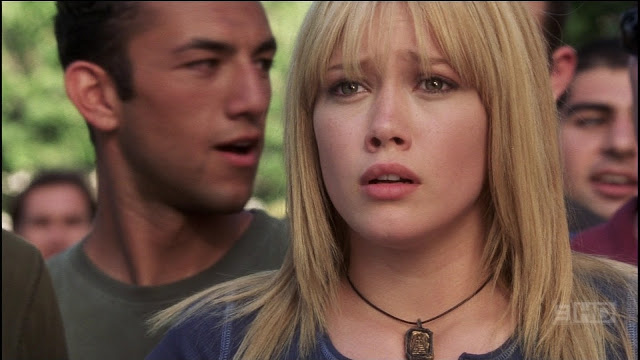 Type of Favorite: My Inner 13-Year-Old Will Never Die
In middle school, my best friend Jenn said she'd watch this movie on repeat and never get tired of it. In high school, I realized I felt the same way. My mom sent it to my my first year of college, and when I rewetted it, I was like, "This is the worst! I'm so embarrassed that I loved it." Now, I love it again. The circle of life.
Runner Up: The Village

Type of Favorite: When You're Feeling Artsy & Mature
The world's slowest, most visually stunning film, which also happens to have the world's best soundtrack. The first shot of Christian Bale's face is halfway through through the movie, and you're like, "Finally, John Rolfe! Is it almost over?"
Runner Up: Sisterhood of the Traveling Pants 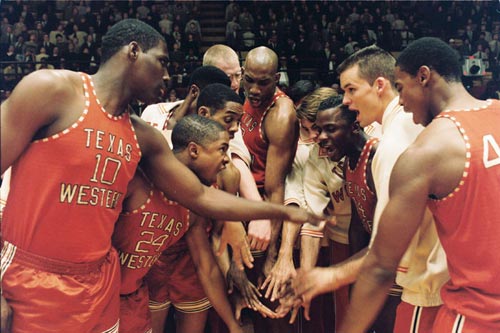 Type of Favorite: My Actual Favorite Inspirational Sports Movie
Maybe it's the setting in El Paso or the fact that black players and the white players don't just become friends, but they also win the championship by playing only the black players, but this one has always edged out Remember the Titans for me.
Runner Up: She's the Man

2007: The Diving Bell and the Butterfly 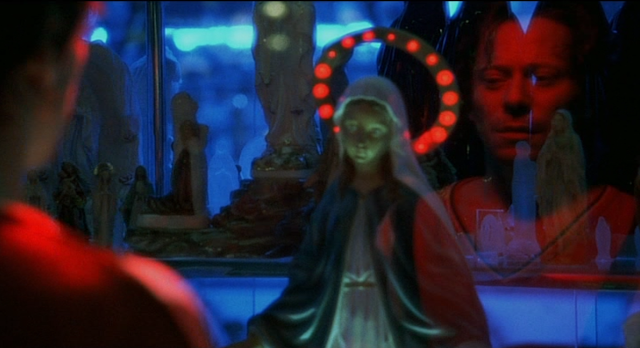 Type of Favorite: This Movie Will Restore Your Faith in Humanity!
I've only seen this movie once, but I didn't feel wrong picking it. A beautiful true story based on a beautiful true book. I wrote a blog post about it once.
Runner Up: Freedom Writers 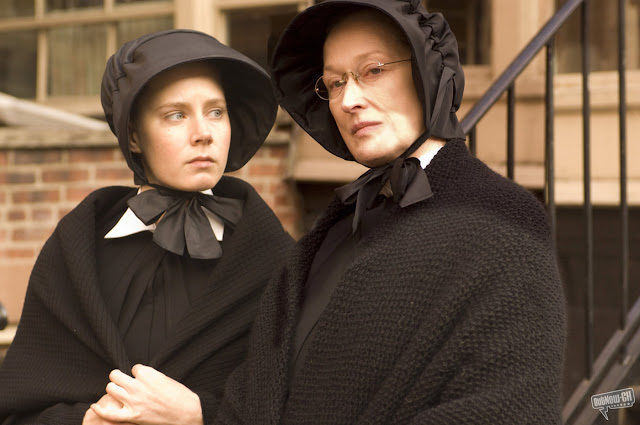 Type of Favorite: An Intellectual Exercise
I've only seen this once as well. It was a hard film to watch, to think through, to deal with afterward. Which is what made it so good.
Runner Up: None. (The other possibilities I had were 27 Dresses, Kung Fu Panda, and Twilight, none of which I can pick with clear conscience.) 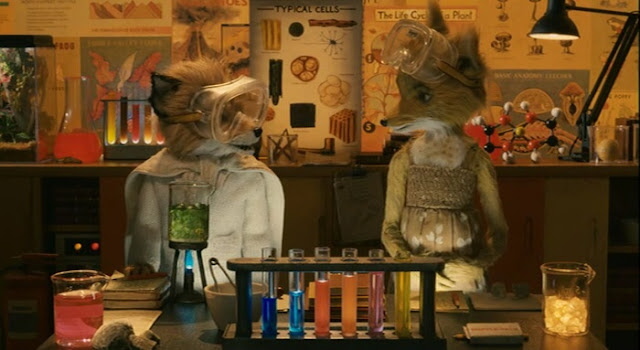 Type of Favorite: Measuring Stick for People's Taste in Movies
I saw this in theaters with my aunts during Thanksgiving break my freshman year of college. I was dazzled by its joyful strangeness and the feeling that there was some great moral under the surface that I couldn't quite grasp. I often say to myself, "Who am I, Kylie? Why a fox? I'm saying this more as, like, existentialism, you know?"
Runner Up: He's Just Not That Into You 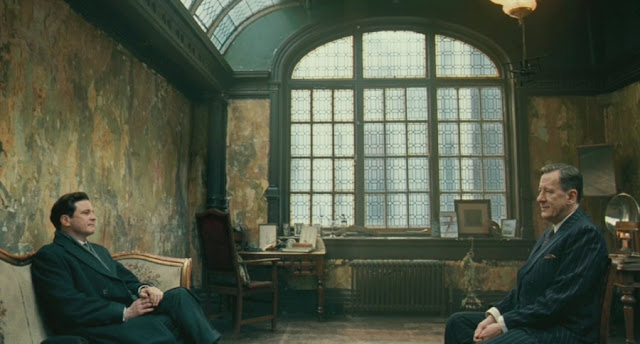 Type of Favorite: So Heartwarming I'm Not Even Mad That All Inspirational Historical Dramas Are the Same
Linguistics, friendship, and facing your fears. This movie combines my three favorite topics.
Runner Up: Megamind 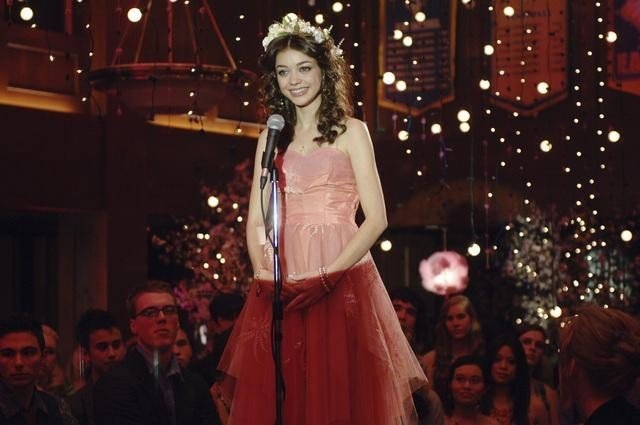 Type of Favorite: Not-So-Guilty Pleasure
Yes, this is a Disney Channel Original Movie, but I'm not embarrassed. I love this movie in a nonironic way. It's based on the best teenage romance novel I ever read in high school. And Dylan's speech about friendship is legitimately inspiring: "It's not about being popular, or a geek. It's about having real friends who like you for you."
Runner Up: The Conspirator 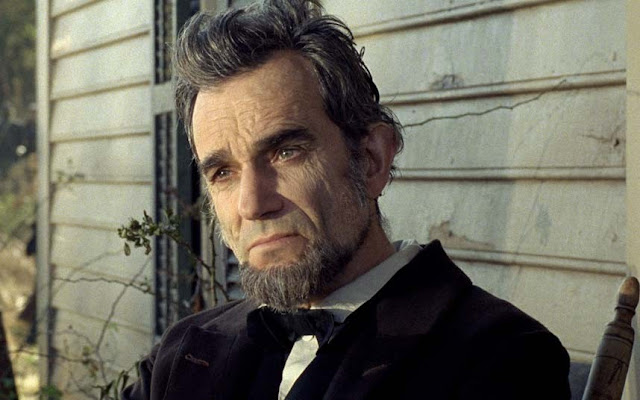 Type of Favorite: Perfect for 4th of July Afternoon
Makes your heart swell for Jackie Robinson, and baseball, and America, and the goodness of good people, and the ability for bad people to become good people, or at least have good children who have good children.
Runner Up: Safe Haven (The fact that this is a Nicholas Sparks movie says a lot about the quality of films produced in 2013. What can you expect when the #1 film was Frozen?) 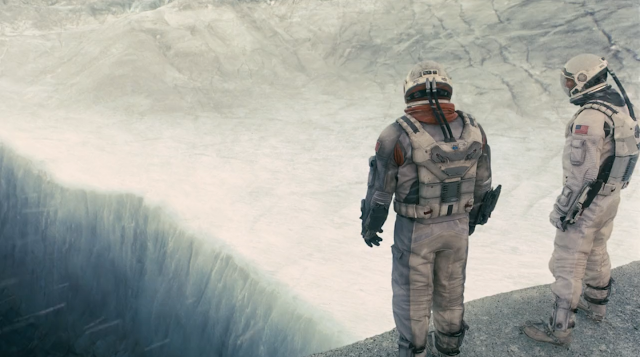 Type of Favorite: I Just Love Space Movies, Really
I waited so long to see this, and then I saw it in the middle of the afternoon in a nearly empty theater, which was perfect. I love dystopian futures and the stark, terrifying awe of space.
Runner Up: None. (Going to the movies is not my thing.) 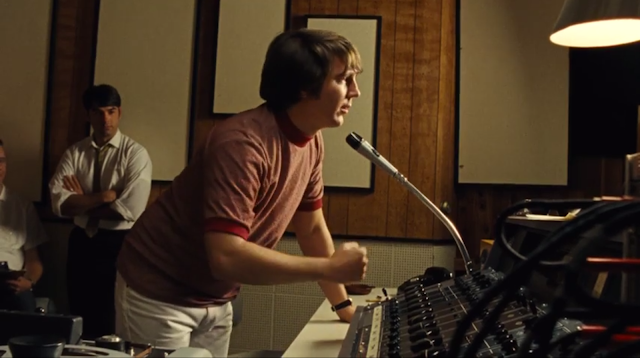 Type of Favorite: This Movie Was Made for Me
It was fate for me to see this. I stumbled across the trailer by accident and saw it in the dollar theater in its very last showing. The 60s, mental illness, love, music, John Cusack. Recipe for an instant classic.
Runner Up: McFarland, USA
Posted by Rachel at 8:51 PM