This weekend, for whatever reason, I downloaded Tinder again. Because, as I've said before, it's just fun--to look at the people out there and how they portray themselves, to imagine whether you would like them if you met.

But then, I started to feel myself turning to Tinder to distract myself from pain and disappointment--an escape into others' lives.

Within a few hours, I had a lunch date set for the next day. A Tinder date. A thing that I never thought would happen to me. I couldn't sleep that night. When we met up, my hands were shaking.

But it was fine. I got a little worried that we wouldn't last an hour when he said he mostly talked about tv. But he was interested in things and he made some funny jokes. I expressed my array of strong and sometimes strange opinions that come up during date talk: I think action movies are boring. I like movies where people talk to each other. Not big on tv either. I don't like meeting new people. But he was fine with it all. It was fine. Truly.

After a sparse afternoon and evening's worth of witty text banter, I couldn't anymore. He was a stranger, and I didn't want to spend my emotional energy coming up with quips and wondering whether his jokes were meant sincerely or not. There was no raison d'être there with us. And so I said, Sorry, this isn't for me. You're nice. Bye.

Okay, now listen. I know this isn't a big deal. I know I didn't break anyone's heart. But I've been uneasy about it for two days now.

I'm just disturbed by how we consume one another. We see so many people in a day that we'll never talk to, and so they never have the chance to become fully human to us. They don't impact us. We just look at them. We just consume them. 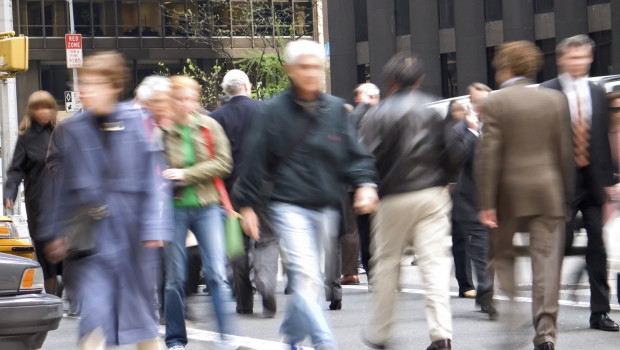 Endless swiping on Tinder is endless consumption--reducing a person to 5 pictures and 2 sentences and ingesting them. And then, if you make the horrible error of going on a date with one of those people, it's just a slightly more sophisticated level of consumption. We traded facts about ourselves; we traded our date talk soundbites.

But without an infrastructure underneath, a framework for a relationship, an unspoken promise that we will continue to care about one another after this conversation, all we did was allow ourselves to be consumed. It's even worse in a dating context than when you normally meet strangers, because it rests on each person's individual admission, I'm physically or otherwise attracted to you. Maybe I would date you someday. Maybe I would kiss you someday. And to admit that but then only consume that person is an uneasy hypocrisy.

I can't help but think about this guy. It's easy to never think about him again, but this isn't a tv show, where side characters get hired just for an episode or two and then disappear. He's living his own life somewhere, and the soundbites he gave me are woven into an unbelievably complex and rich person that I will never comprehend. Because when you meet someone new, you have to create a space to care about them; otherwise, you're just consuming them.
Posted by Rachel at 10:01 PM