I've been thinking that emotions are embarrassing.

The other night, I finally finished a paper for school that I'd been procrastinating all summer. When I left the library, the cool night air was exceptional. I drove home with the windows down, listening to "Dancing Queen," smiling at people walking by.

The emotions all ran together for a second, and I felt overwhelmingly good. The song, the night, the relief of finally being done. Even the pang of knowing that if I had procrastinated less, it wouldn't have been nearly so horrible made it sweeter.

For no explicable reason, my friend Davi popped into my head. My eyes filled with tears. I love her so much! I'm so happy right now! I've never been so happy! 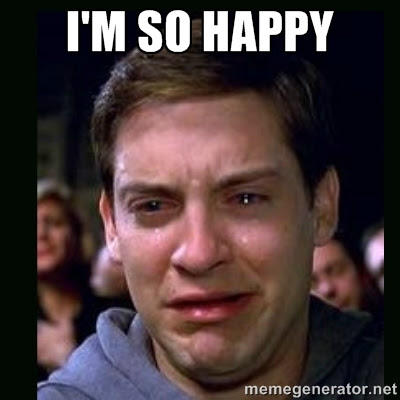 Then my mind said, "I've never been so happy? Did I sincerely just think that sentence?"

And then I felt embarrassed. And I thought, All really deep sincere feelings of happiness are embarrassing.

And I think maybe all emotions are embarrassing--because you're being vulnerable with yourself, and even that's uncomfortable unless you're used to it. You almost beg yourself to show a little more discretion.

Like that guy I see every day at work that I'm attracted to for a few seconds, before my mind goes, "Ew." That's going to keep happening and I'm going to keep feeling embarrassed about it.

I'll probably feel embarrassed about writing this some day.
Posted by Rachel at 10:31 PM No comments:

That's how you know.

I seems like everyone my age is always talking about how you know you're really an adult. Probably because it's basically impossible for us to really know.

I think part of it is when you want the Almond Joys more than any other candy in the assortment. It's also when you'd rather have
lemon frozen yogurt with raspberries than chocolate with chocolate chips.

It happens when you do your taxes the very next day after you get your W-2.

Today, it happened because I chose to listen to a podcast while I was running instead of music. A podcast about the economy.

That's how you know.

Posted by Rachel at 9:53 PM No comments: 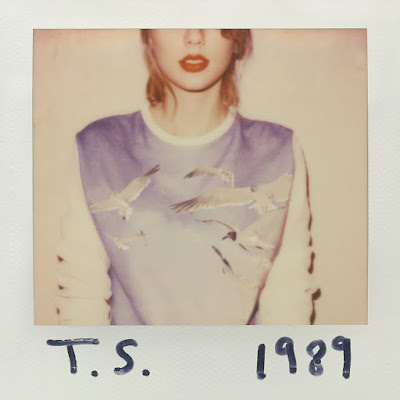 Fall was Shake It Off.

It was new and it was thrilling. Taylor had been around for a while, but here was a side of her no one had anticipated, a side which, you could feel instinctively, would be better than ever before. You danced in the car, in your room in the morning getting ready--anywhere.

You stopped on it every time without fail when flipping through the radio stations. It was a bonus when you came in during the chorus and found out you hadn't missed the second verse. Forget the liars and the dirty, dirty cheats of the world; you were getting down to that sick beat.

You thought you loved Shake It Off, but Blank Space made you go crazy. It was everything to you. If you weren't listening to it over and over, it was stuck in your head. Everyone had their favorite shots in the video, and you had yours.

You stopped on it every time without fail when flipping through the radio stations. Tired drives home from school were suddenly energized. You were young and restless and took it way too far. It left you breathless, and you couldn't imagine any nasty scar.

That's when things went wrong. What happened, Taylor? You didn't like what she was saying or how she was saying it. Suddenly, the rhymes didn't seem all that clever. Most of the time, you pretended like Style had never happened, and you were quite happy.

But the radio gods had it out for you. Somehow, when you were flipping through the radio stations, you always managed to hear it from that tell-tale beginning. You changed the channel immediately. But sometimes you didn't. Because if you ignored part of what you were feeling, truth is you still liked it. When you'd go crashing down, you'd come back every time, after all.

And summer was Bad Blood.

Taylor's chance to turn things around. At first you thought she couldn't. It was, after all, all it had ever been: a lot more stupid rhymes, hidden in a catchy tune. But what a catchy tune. You found yourself saying, "Guys, I like it." Sometimes it seemed clear that she had made it up to you.

It came up on the radio more than ever. Half the time you changed it, half the time you stayed. And when you stayed, you turned it up loud and angry and sang loud and angry. Every time, for certain, you found yourself wishing you could go back--back to Shake It Off, back to Blank Space, even back to Style. Maybe even back to life before 1989. But if you live like that, you live with ghosts.
Posted by Rachel at 9:43 PM 1 comment: