Boys & girls together, me & Mamie O'Rourke.

at the urging of Lee & Melissa, I give you 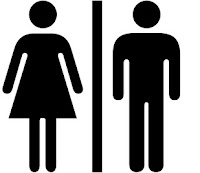 Introduction:
Please note that this classification system is admittedly limited in scope.
It applies only to BYU, only to male-female relations in which the boy has completed missionary service, only to current time.

However, Moyes' Taxonomy is based on a number of principles which transcend the social climate for which it was developed.

Moyes' Taxonomy deals only with male-female relations that include a baseline level of regard for each other. It does not seek to model antagonistic relationships.

In this model, the appropriate amount of time for any male and female to spend together is a function of potential romantic interest and affection/closeness.

PRI occurs at different levels. At its lowest and most basic, a party has not considered a dating relationship with the other party, but would not staunchly oppose if the possibility were brought up. A more developed PRI means that one party is actively hoping for a dating relationship.

2. Affection - Feelings of care, regard, and interest in another person. Separate from PRI, and usually resulting from Christlike charity.

3. Closeness - A sense of emotional intimacy, with a desire to share one's thoughts with another and hear the other's thoughts. Closeness is characterized by enjoying time spent together. Friendship.

*No level exists for Low Affection/Closeness & PRI Present because it is assumed that, if PRI were present, parties would work to increase affection and/or closeness.

Level 1 - Casual Friends
-Male & female enjoy each other's company, but are not especially close and, for whatever reason, are not open to the idea of dating each other.

Male & female may spend time together in groups, or alone occasionally when it is convenient. For example:
-Speaking at church functions when it is natural and convenient to do so.
-Seeking each other out once in a while to catch up briefly.
-Hanging out in a large group setting.

Level 2 - Intimate but Uninterested
-Male & female are rather close friends with many positive feelings between them, and, for whatever reason, are not open to the idea of dating each other.

Male & female may seek each other out when it is mildly convenient, often to discuss the details of each others' dating lives.
-It is appropriate for the time they spend together to be alone, so long as it is infrequent.
-When they are clearly established in Level 2, male and female at this level are often free  to express their affection with the least inhibition.

Level 3 - Intimate Friends
-Male and female are close friends with many positive feelings between them, and, either consciously or subconsciously, would not be closed to the idea of a dating relationship.

Male & female may inconvenience themselves to spend time together.
-It is appropriate and preferred that they spend time alone.
-The desired outcome of intimate friends is that male & female continue to get to know each other so that their relationship can either becoming a dating relationship or morph to Level 2.

The Application:
1. Levels are not static. Like electrons in a cell that can jump levels when a photon is absorbed or emitted, a male-female relationship may change levels with increased or decreased energy.

2. If your relationship is deeply set at Level 1 or 2 and neither party desires to change the level of the relationship, do not suggest that male & female spend extra or inconvenient time together.

3. If your relationship is in Level 2, be careful how you treat your friend. The commonest problem in male-female relationships is when one party views the relationship at Level 2 and the other views it at Level 3. The Level 2-minded party who feels free to show much affection ends up sending the wrong signal to the party who (typically) has a higher level of PRI.

Conclusion:
Think before you spend time with members of the opposite sex. "Does the amount and type of time we're spending reflect the level of our relationship?"

I invite reactions and comments concerning the validity of this classification system: personal experiences, exceptions, holes in logic, etc.

(I also apologize for writing something so long with so few pictures.)
Posted by Rachel at 9:53 PM