One day I came up with this stroke of genius:

WHEN YOU DON'T HAVE GOALS, YOU DIE. 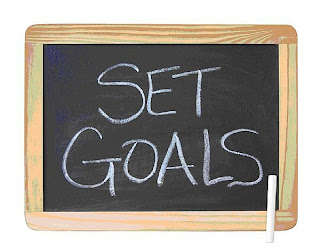 But it's actually true, though.

"Where there is no vision, the people perish"
Proverbs 29:18

I had some goals this summer, which I completed with varying degrees of success. Ehh, I read two. And one of them was a teenage girl book about a polygamist compound.
But I read parts of others. Promise. I just can't make myself finish.

You judge for yourself.

-Eat only one spoonful of ice cream a day.

Yeah, but why did I ever decided that should be one of my goals? 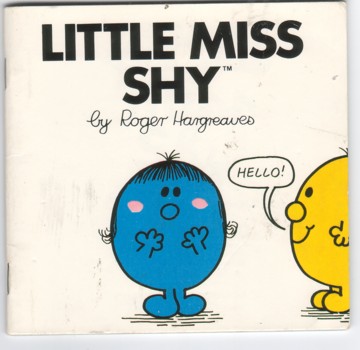 It's gotten a lot better.

But now we get to the part where I talk about the things I didn't mean to accomplish this summer but did. I don't know how to describe it, but I love people.
I love talking to people and meeting new people.
It's still hard, but it's the most rewarding thing there is.

-Deciding frozen pizza is actually gross and I want to cook real meals. 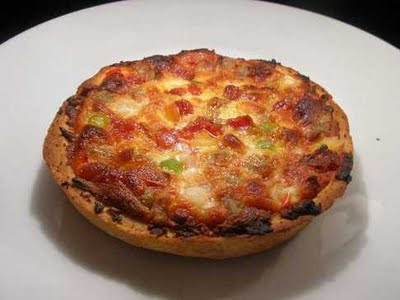 I spent too many years eating this every night.

-Becoming a lot better at the piano.

I guess practicing really works. How come I never knew that?

No need to carry that torch anymore.

This has been one of my best summers.
I consider it kind of a Golden Age.

The Man Who Knew Too Much.

Today, my lovely friends from upstairs invited me to Chinese food them with.

We went, we had a good time, we ate yummy food.

Then, we went up to the register to pay.

Then I remembered, and said to no one in particular, "1066 was the year of the Battle of Hastings." 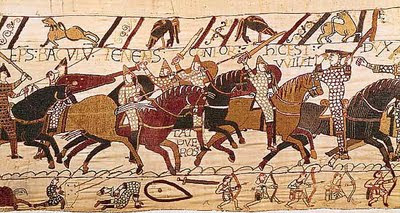 (Two posts in a row featuring the Bayeux Tapestry? What is this?)

For a few moments, nothing happened, and then the Asian young man said,

"People say that all the time."

But it can't be all the time. You know?

And of all the times the total is $10.66, how often do the people know that's the year of the Battle of Hastings?

Or if they think of it, how often do they say it out loud?

You know how I feel about obscure celebrations.

2011 marks the 400th anniversary of the first publication of the King James Bible. 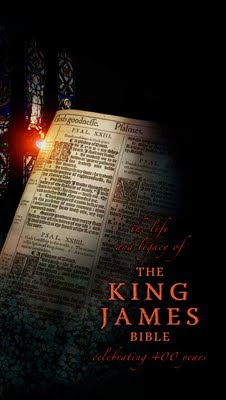 This is the greatest thing to happen to me since Abraham Lincoln's 200th birthday in 2009.

I've loved the KJV especially much since I took "History of the English Language" last Fall semester.

I found it really beautiful and spiritual to learn the history of my mother tongue,
to think of the hundreds of years of earth's history that it has been spoken,
to think of the millions of people whose lips have spoken it.

It all started when the Anglo-Saxons brought their Germanic language to Britain.

We borrowed a lot of Scandinavian words when the Vikings came a-knocking.

And Latin words, thanks to the Church.

English was threatened during the Norman Conquest, when the elite class only spoke French.

But it held on. And battled its way back.

Soon it prevailed as the spoken language, but religion and learning and government were still conducted in Latin. Chaucer wrote his great works in English, but the Bible was still "imprisoned in the fetters of a dead language that only a charmed circle could read" (Alister E. McGrath, In the Beginning: The Story of the King James Bible and How It Changed a Nation, a Language, and a Culture). 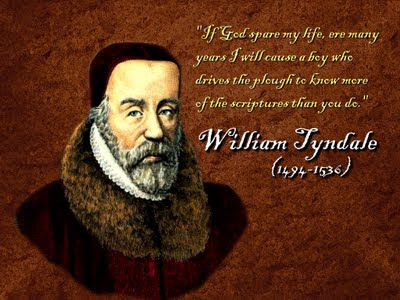 William Tyndale wanted the plough boy to be able to know the scriptures, too. He translated the Bible into English and was martyred for it.

But political tides turned, and finally the King James translation was created, becoming the Authorized Version.

We don't need to doubt its influence spiritually.

I love the King James Bible.

I love its language, archaic even at the time of its writing.
I love the thees and thous, the lack of do-support, the elegant rhythm.

I love its position of prominence in history--linguistically, culturally, and religiously.

I love its position of prominence in my life.
The Bible has taught me who Jesus is and who I am.

"For I reckon that the sufferings of this present time are not worthy to be compared with the glory which shall be revealed in us."
Romans 8:18

Whitey, can you spot me some blackjack cash?

So I'm really proud of this tan line! 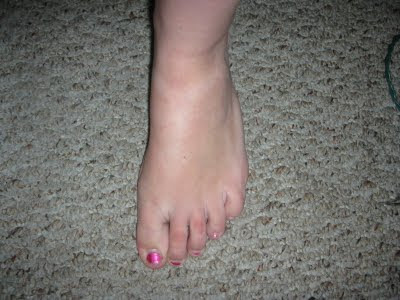 Hooray for wearing the same t-strap sandals all summer.

(And sorry for the gross picture of my foot.)

Also, anyone who can identify the allusion in this title wins my approval.
Posted by Rachel at 10:39 PM 3 comments:

Can these please be my children? 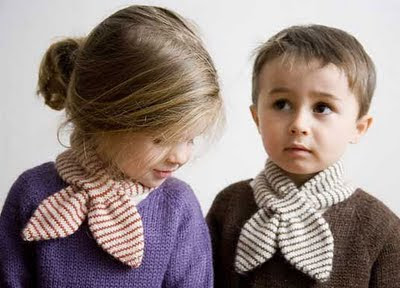 Their names would be Brigitte and Etienne.

Brigitte does ballet and loves puppets.
Etienne is a picky eater.
He's going to start cello when he gets a little bigger.

Why Kung Fu Panda is one of the greatest movies ever made.

I just saw Kung Fu Panda for the first time.

It was surprisingly
LIFE CHANGING.

It comes from that archetypal genre of
Jack-Black-is-a-fat-loser-but-then-turns-into-a-fat-awesome-loser.

Obviously the best line is
"THERE IS NO SECRET INGREDIENT. IT'S JUST YOU." This is why a fat panda loser can become the dragon warrior.

JUST BE YOU.
But better.

Just be Po, the fat panda that loves to eat.
But be the best Po you can,
and you can be the dragon warrior.

Just be Rachel, the awkward president-loving linguist who's a bit sassy.
But be the best Rachel you can,
AND ALL YOUR DREAMS WILL COME TRUE.

Do you ever feel that way? Sometimes I do.

So heavy with peace and joy that I could lie down in my grave at that moment.

Everyone watch Kung Fu Panda if you never have!
(Even though I just ruined the plot for you.)

P.S. The soundtrack is AMAZING.

LOVE
is the most important and wonderful thing in the world.

Like when a church meeting ends and you just want to hug the person next to you, no matter who it is. 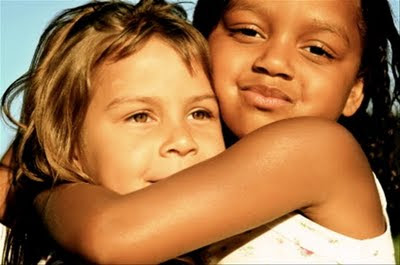 Like when they're giving out free barbecued pork sandwiches on campus and you're so hungry and it tastes so good.

Like when you watch your favorite move for the 200th time and you know all the words and songs and it's still wonderful.
But this time you watch it with new friends.

Like when you miss your roommates so much when they're gone because they're not sitting there on the couch or at the kitchen table when you come home.

Like when you call your dad on his birthday and he puts you on speaker phone while they're opening the presents. 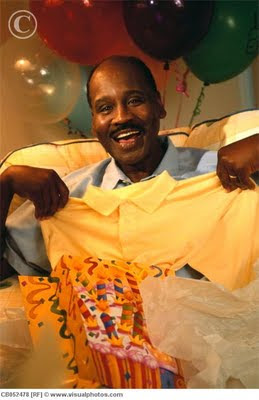 Like when you're hugging and both of you squeeze real tight.
And sometimes your arms get to go on top.

Like when you think of a nice thing to say to someone.
Then forget it.
Then remember it later.
And forget it again.
And finally say it to them.

Like when you get teary typing "God be with you 'til we meet again" in an email. 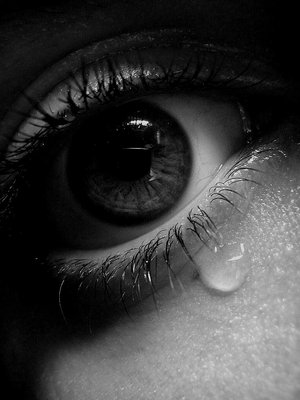 Like when you make eye contact with someone,
and you don't say anything,
but you know you love each other.

Would you like to know some of my quirks?
I think you would.
1. When the movie ends, I love dancing around to the closing credits music. 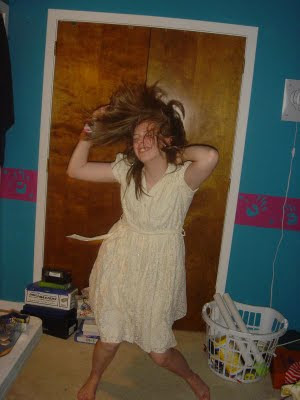 If it was a really good movie, my feelings of joy just come out by dancing crazy.
Like unto this picture.
(I tried to find a picture of someone dancing crazy on google, but then I said to myself, "Wait! I have my own!")
2. My hair is always crazy. Always. 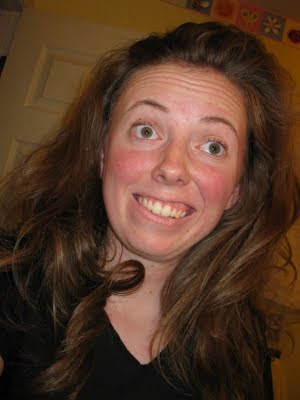 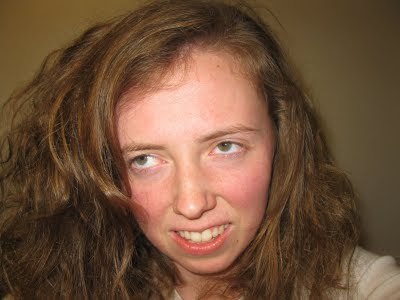 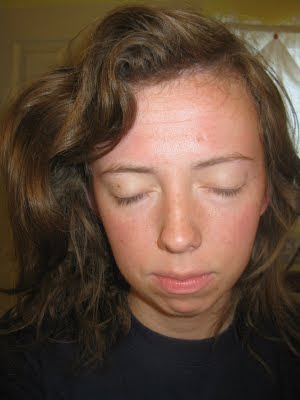 And I spend way too much of my life trying to hide it.
But apparently, I always document it in pictures.
3. My feet are always dirty.

And I don't really try to hide it at all.
4. If your blog post has no pictures, I'm probably not going to read it.
Unless it's short.

The Onion pretty much has it right.
5. I don't wear perfume and I don't enjoy the smell of cologne.
I prefer for people not to smell like anything at all.
But I also kind of like bad smells.
Like rotting yard waste.
It's true. 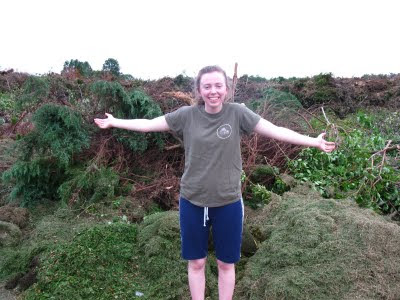 I love the smell of rotting yard waste. Love it.
6. I think action scenes are a snoozefest.
I'd rather watch talking any day.
Or better yet, a montage. 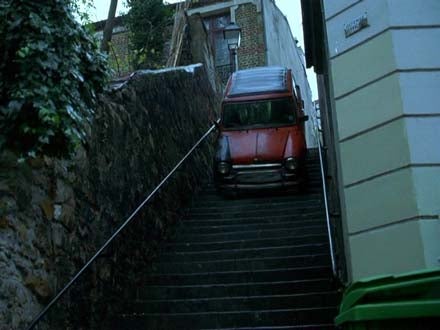 Not even Jason Bourne driving a Mini Cooper down a set of stairs could salvage this car chase in my mind.
Honestly, I think violence is a little overrated.
7. I think melted cheese is pretty much gross.

When I tell people this about myself, they usually say, "I'm sorry."
8. I don't like animals because they can't talk to you.
Or more accurately, they make noises and make messes and do weird things,
but they can't tell you why.

Don't worry; I like human children. At least they'll learn to talk one day.
I feel like this makes me sound really negative.
I love life, guys. I swear.
Posted by Rachel at 7:57 PM 2 comments: