Every day is awkward.

If I didn't love the title of my blog so much,
I'd rename it
EVERY DAY IS AWKWARD.
Brice at work told me this was the motto of his mission,
and now it's the new motto of my life.

Cause when I think about it,
a lot of what terrifies me
and keeps me from living life and being my best
is fear of awkwardness
or being perceived as awkward.
But if you assume and anticipate and accept awkwardness,
LIFE IS A LOT LESS PAINFUL.
Cause it's not the end of the world.
An awkward situation doesn't make you a bad person,
and an awkward delivery doesn't cancel out the love or friendship you feel for someone.
Being super awkward, I've had a lot of occasion to implement this motto recently.
Like when you volunteer at the MTC and one of the missionaries teaching you won't talk. 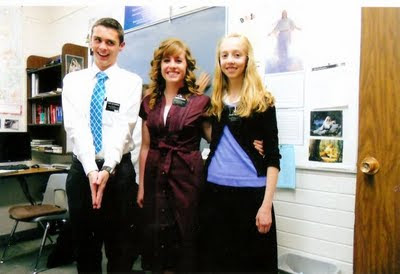 Like when you have no plans on Friday night so you do laundry.
Like when you stop to say hi to someone and then you just stand there with nothing more to say.
Like when you care too much about telling a story that doesn't turn out to be funny.
Like when you're a little too obvious around a guy you like.
Like when you try to take a picture but then there's a bug flying in front of your face. 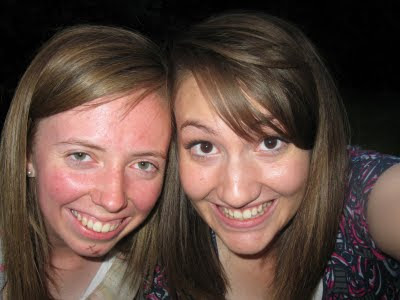 Like when you accidentally get really excited about telling some guys you recently met about the boy you liked in high school.
Like when you accidentally flip out in front of people who don't know you that well.
Like when your bishop jokes about setting up you and the guy standing next to you.
But you've already gone out once.
Like when you're at Rock Canyon Park and you really want to run around singing "The Hillllllls are Alive!" So you do.
And then the other people at the park laugh really loud and then imitate you.
Can you tell that I could go on forever?
But it's okay. Cause every day is awkward.
Posted by Rachel at 10:11 PM 3 comments: 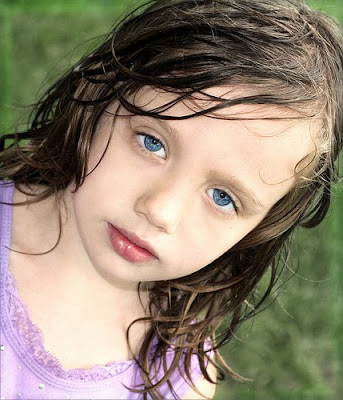 I feel really unattractive when my hair is wet.
Posted by Rachel at 10:52 PM 1 comment:

I have this bad habit.
When people ask me where I'm from,
I tend to respond,
"Delaware?"

As if it's a question.
BUT IT'S NOT A QUESTION.
IT'S A FACT.

Say it loud and proud, folks. And with falling intonation.
(I'm working on it.)
"I will not apologize for doin' what I do."
Posted by Rachel at 11:18 PM 1 comment:

I. I never thought I'd say this,
but
who needs chocolate
when you've got a maple bar?

II. Today, I made myself dinner.
And it wasn't even emotionally or otherwise difficult!
It was...
fun. 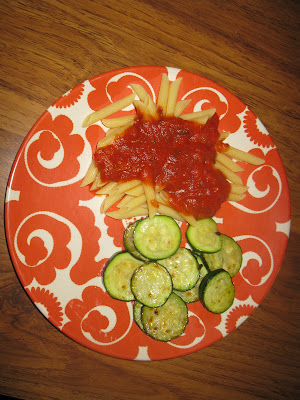 Of course it's only fun cause you get to eat it.
Pasta & fried zucchini--
zucchini grown in our own ward garden!
(Fried is the best way to eat it,
cause then it doesn't taste like a vegetable anymore.)
As far as the college diet goes,
this is pretty much akin to
eating like kings.
It was especially nice when Matt walked by my apartment
and I shared it with him.
And then I did the dishes right away.
Who am I?
Posted by Rachel at 5:24 PM 2 comments:

Holiday in the Sun

I love holidays,
especially obscure ones.
July 24 is Pioneer Day,
the day in 1847 that Brigham Young and the first group of Mormon pioneers entered the Salt Lake Valley.

After the small group of Latter-day Saints had been pushed out of every place they'd settled,
abandoning the temples they'd built,
crossing the unforgiving wilderness,
they knew that
"this is the right place."
I'm not from Utah, but I love Pioneer Day.
Today, I wore Pioneer Day clothes. 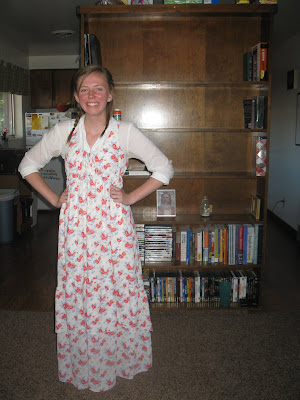 This dress is pioneer inspired for the 21st Century.
Today, I ate Pioneer Day food. 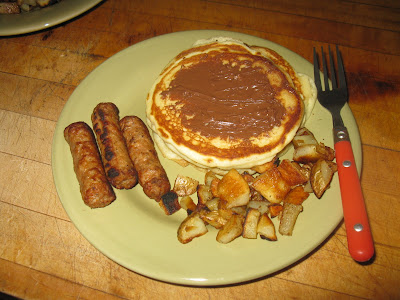 The potatoes were burnt, but hey--the pioneers burnt their food too.
Today, I watched a Pioneer Day movie.

Tell yourself it's not cheesy, and it's not.
Today, I listened to Pioneer Day music.

Okay, not exactly. But Katie & I danced crazy to "Ye Elders of Israel."
...Just like the pioneers used to.
Today, I read my favorite Pioneer Day story.
It's about the Martin handcart company.
Find it here.
I love pioneers.
I love that they lived outside & were dirty and tired.
I love being outside & dirty & tired. 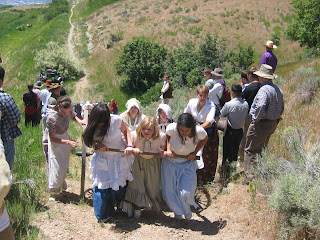 I'm not gonna marry someone unless he likes the idea of volunteering to be trek parents :)
I love that the pioneers did so many hard things
so I can live wherever I want
and nobody tries to kill me!
See, doesn't this all sound nice?
Don't you wish you'd celebrated Pioneer Day, too?
Posted by Rachel at 10:45 PM 3 comments:

One of the best things I've ever heard.

As quoted on Overheard @ BYU:

"Every time I see a guy running with his shirt off, I want to clothe him--specifically with a shirt that says, 'I am a tool.'"

Airplanes make me think of
the Berlin Airlift,
the Cold War,
breaking the sound barrier,
Charles Lindbergh,
Nightmare at 20,000 Feet,
and other good thoughts.
Flying is a different story. 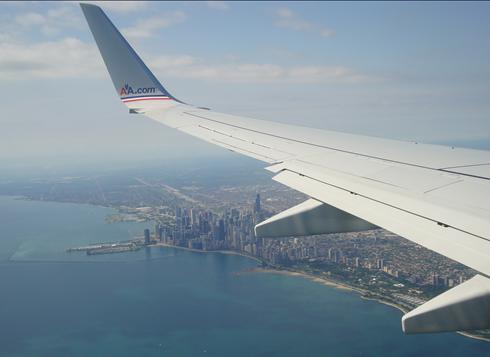 For a while there, every time I flew, I honestly thought I was going to die.
As we took off, I'd think,
"Well, this is it. My last moments."
It's not so bad anymore.
Now I can handle taking off.
And turbulence is actually my favorite part.
(Especially when I hear the word in President Uchtdorf's voice in my mind's ear.)
But LANDING.
I'm always convinced the pilot won't be able to find the runway
and we'll crash land in a lake.
But flying is sort of fun.
I always sit on the left side of the plane.
Window seats are a must.

'Cause not only can you look out the window, you can also lean up against the wall and fall into that half-conscious doze which is one of the other best things about flying.
I never let myself fully fall asleep because I don't want my mouth to hang open.

But best of all you get free soda.
Why does ginger ale taste better on planes than anywhere else? 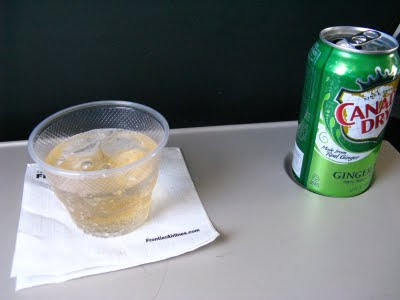 (I think this is the most pointless blog post I've ever written.)
Posted by Rachel at 11:20 PM 2 comments:

There ain't no doubt I love this land.

If you know me, you probably know that
I LOVE AMERICA.

I'm that girl who thinks that
Columbus Day
Veterans' Day
Memorial Day
and
Presidents' Day
are the best kind of holidays.

I can't find it in my heart to love Independence Day as much as the other American holidays.
It's too commercialized.

I think July 4th should involve dramatic recitations of the Declaration of Independence. But obviously, that's just me.

I wanted to write a 4th of July post about why I love America,
but I was too busy having a wonderful weekend with wonderful people.

Though I'm completely nonpartisan in my political preferences,
I love that Obama video made by will.i.am.

That speech expresses a lot of why I love America.

"It was a creed written into the founding documents that declared the destiny of a nation: Yes, we can."

I love America because a bunch of ragtag colonists took up their guns and said,
"We want to be free."

"It was whispered by slaves and abolitionists as they blazed a trail towards freedom through the darkest of nights: Yes, we can."

I don't love America because it's perfect.
I love it because, even when it allowed its own people to be bought and sold,
those people rose up and said,
"We want to be free."

"It was sung by immigrants as they struck out from distant shores and pioneers who pushed westward against an unforgiving wilderness: Yes, we can."

I love America when I think of crowded tenements and the smoky cities of the Industrial Revolution. When I think of bits of languages mingling on street corners.

When I think of looking out over a great prairie vista with dreams big enough to fill the endless blue sky.

I hear Aaron Copland's Fanfare for the Common Man in my mind's ear.
And in that one song lie the dreams of a nation.
A young nation, whose history books are short.

In that one song lie the dreams of countless men and women,
who believe that life can be more than it now is.
Who believe that no struggle is too great.

"It was the call of workers who organized, women who reached for the ballot, a president who chose the moon as our new frontier, and a king who took us to the mountaintop and pointed the way to the promised land."

I love America because we do things not because they are easy,
but because they are hard.
Because even though we have always faced the difficulties of today and tomorrow,
we still have a dream.
A dream that says,
"We want to be free."