70 gives you all of the stately grace of 7, but with the added elegance of 0.
It all began when I would have 70 unread emails in my inbox.
In fact, 70 looks even more beautiful to my eyes followed by "unread."
It's kind of a weird number to be one's favorite, but.
It is.
2. Quails.
Quails are my new favourite animals.
It's really rare to see wildlife around BYU campus, apart from ducks in the duckpond, worms after it rains, and a few deer here and there.
I love to see quails. I always take it as a good omen.
I love the way they scurry along in little lines. They're so funny looking.
I love that they can only fly in little bursts.
I love when I actually see ones with the little doodads on their heads.

This is the kind of art I'm going to have in my bathroom when I grow up.
3. PIG.

Oh yum.
My mouth is watering.
The day I discovered pork was one of the best days of my life.
Posted by Rachel at 9:41 PM 1 comment:

So I've been told.

Things that have been said to me lately:
1. "You're crazy in an elegant, East Coast way."

This picture came up in my Google Images search when I typed in "east coast girls are hip," and I really liked it.
2. "You're too competitive at games when the point is to just have fun... Like some other people we know." 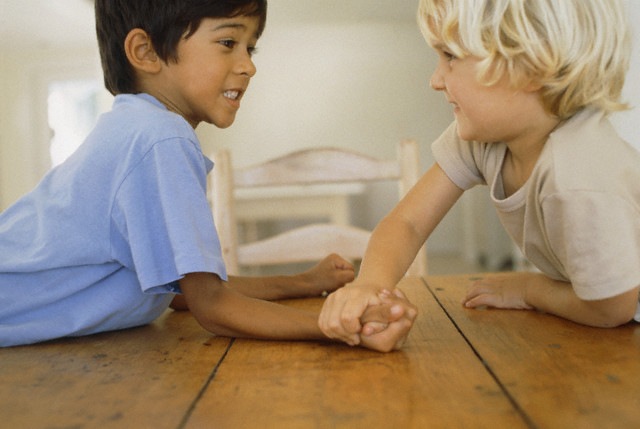 I have nothing to say for myself, except that games are more fun when everyone is... invested.
3. "You walk like a missionary." 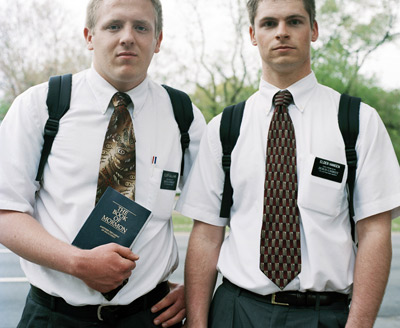 Translation: I walk fast.
I also have a pretty aggressive door knock, by the way.
Seven raps. Every time.
4. "I wouldn't want to meet you in a dark alley." 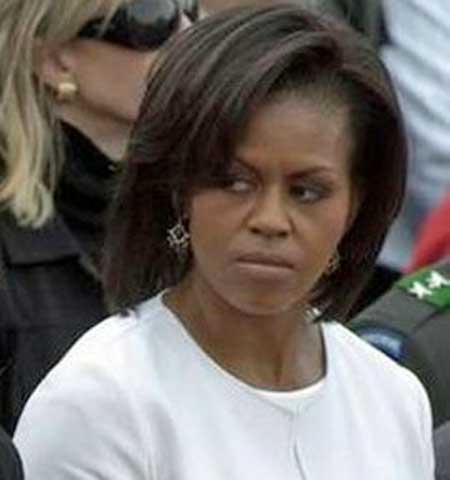 I was playing a game where I had to try not to laugh, and I pretty much looked like this.
5. "Life would be so boring if you died. But that is a really sad topic so I'm gonna change." 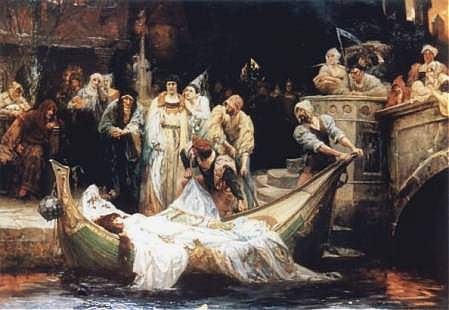 I just included this one so you guys would think I'm cool.
& obviously the Lady of Shallot's way is the most elegant way to die.
Posted by Rachel at 11:26 PM 1 comment:

Are we human, or are we dancer?

The Killers actually pose a good question here.
Because when ballroom dancers are all decked out in their costumes and makeup,
they don't look quite human.

I think it's unnatural for any man to willingly style himself this way.
(Disclaimer: no offense meant to any persons who enjoy ballroom dancing.)
Posted by Rachel at 1:12 PM 2 comments:

The 90s were beautiful. Let's admit it.
And I love YouTube for letting me reconnect with all of my favorite shows from the 90s.
Here are some of them (listed in chronological order, because ranking them would be too hard):
1. The Cosby Show, 1984-1992

Mrs. Huxtable reminds me of my mom, only black.
Why I love it: Cliff's sweaters; little baby Raven Simone; the fact that Bill Cosby makes weird faces and does weird things with his hands, just like people do in real life.
Gems:
"The Birth (Parts 1 & 2)" - Grandmothers should obviously be called "Mother: the Sequel."
"The Shirt Story" - I need a Gordon Gartrelle.
2. Saved by the Bell, 1989-1993

Good thing for reruns, or I'd have never known the genius of this show.
Why I love it: handsome prankster Zack Morris; love triangles; getting into and getting out of fun 90s high school shenanigans; Casey Kasem guest starring; the theme song.
Gems:
"Slater's Friend" - Oh Artie boy, the bugs, the bugs are buzzing. . .
"Rockumentary" - Worth it just for the sequins, Zack's earring, and the song "Friends Forever."
3. Boy Meets World, 1993-2000 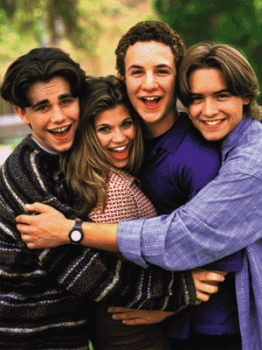 A 90s classic. I feel like I grew up with these guys.
Why I love it: set in PHILADELPHIA; "Ta-co!"; Frankie & Joey; the fact that everyone's personality completely changed over the course of the show and no one cared.
Gems:
"My Best Friend's Girl" - Cory & Topanga start dating! But along the way, awkwardness ensues.
"Shallow Boy" - He's a loser freak. . . Eric offends Corinna, the happiest girl in the world.
"B & B's B 'N B" - Cory & Shawn turn Feeny's house into a bed & breakfast.
"Chick Like Me" - Shawn dresses up like a girl and names himself Veronica Wasboyski.
"Cult Fiction" - Shawn joins a. . . well, it's not a cult. They just hug a lot.
"And Then There Was Shawn" - Welcome to John Adams High, where you are gonna die!
"Angela's Men" - Eric lying in wait in the couch cushions. That is all.
4. Sister, Sister, 1994-1999

Never knew how much I missed ya.
Why I love it: their outfits; the guest stars; the way they'd whine and say "Ti-aaaaa! Ta-miiiiir-aaaa!" Actually, Tia & Tamera were kinda lame. The gold was in the Lisa + Ray interactions.
Gems:
"For the People" - Ray, now sporting a pretty sweet beard, runs for office.
"Before There Was Hip Hip. . ." - Flashback episodes are the best, even if their jazz references are a bit sketch.
Basically any time Lisa talks.
5. Pinky and the Brain, 1995-2001

Animaniacs = after school TV with my siblings in the 90s.
Why I love it: Pinky's Cockney accent; the unabashed 90s pop culture references; the theme song; the oh-so-familiar and anticlimactic format. I mean, how come they never actually get to take over the world?
Gems:
Completely summed up in the following video:
6. Sabrina, the Teenage Witch, 1996-2003 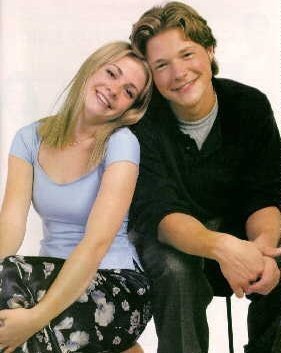 Hate Sabrina, love the show.
Why I love it: Harvey Kinkle; all the fun rules of magic (which had NO continuity whatsoever throughout the show); the historical anachronisms; Salem's wit; Sabrina's lazy eye.
Gems:
"Pancake Madness" - Turns out all Spellmans are addicted to pancakes. Yeah, that's normal.
"Sabrina and the Pirates" - Sabrina gets a fake ID & her magic becomes fake, while Hilda and Zelda try to tame some unruly pirates that they found in their attic.
7. Hey Arnold!, 1996-2004

Move it, Football Head!
Why I love it: the array of side characters; Arnold's voice; the emotionally deep subject matter; Gerald's urban legends; everything about Helga G. Patacki.
Gems:
"Preteen Scream" - I saw your face, and wow! That's the meaning of eternity.
"Principal Simmons" - Principal Wertz sings "I Will Prevail" at a karaoke bar.
"Polishing Rhonda" - Big Patty makes my heart swell.
8. Arthur, 1996-Present 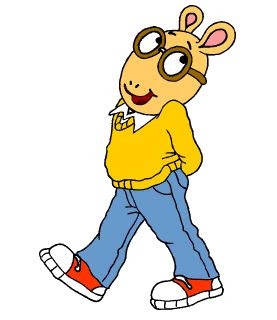 I'm slightly in love with TJ Detweiler.
Why I love it: the world building; the nostalgic and idealized view of childhood; the fact that when I'm watching it, I can often anticipate the next line; the pop culture references.
Gems:
"Lord of the Nerds" - Gondor Primulon, JT!
"The Story of Whomps" - I wrote a whole linguistics paper about this episode. So it must be good.
If this blog post didn't provide you with at least 10 extra minutes of procrastination, it's your own fault.
Stay tuned for the follow-up:
my favorite TV from the early 2000s.
Posted by Rachel at 7:27 PM 3 comments:

You've got the Truman Doctrine,
the Monroe Doctrine.
Some pretty great stuff.
Well I think it's about time I had my own doctrine:
the Moyeski Doctrine.
Politics.
Foreign policy.
I'm pretty hard-hitting.
1. You know me. I don't like current events until they've become history.
So I don't have anything to say about Osama Bin Laden being killed.
Okay, I do.
a. I hate seeing twenty-three facebook statuses in a row about the same thing.
b. It seems a bit creepy to me that we're gathering together to wave flags and sing our national anthem because he's dead. Doesn't that sound more like what the terrorists do when they kill us? Aren't we supposed to be "better" than them?
c. Oh, so now Obama's suddenly a good president? (THIS STATEMENT IS NOT AFFILIATED WITH ANY POLITICAL PARTY. I'm completely nonpartisan. Just sayin'. He really wa'n't doing anything before.)

I thought a picture of Bin Laden would be too scary.
2. My other bit of foreign policy:
Royal Wedding.
I was obsessed for a little while, but I think I've come back to reality.

This picture makes me laugh.
It reminds me of all those pictures of Nicholas & Alexandra and their family.
And you gotta love those shoulder things the little boys have got.
Like Prince Charming from Cinderella! 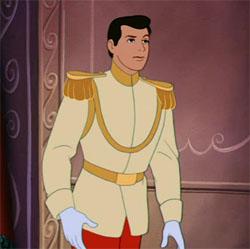 I like him because he's more historically relevant than Snow White's or Aurora's princes.
He's from Imperial Europe.
And he's got larger-than-life portraits of himself on the walls of his palace.
Maybe painted by David--you never know.
I decided I want those kinds of portraits in my house when I grow up.

And there'll be a whole hall devoted to them.
3. Wouldn't it be more righteous for a die hard BYU fan to be a democrat than a republican? 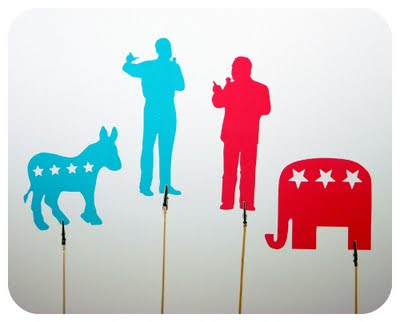 I mean, you wouldn't want a Cougar to have to be associated with the color red.
At all.
Just sayin'.
I wanted it to have fourteen points,
but then again, I'm no Woodrow Wilson.
But who is? 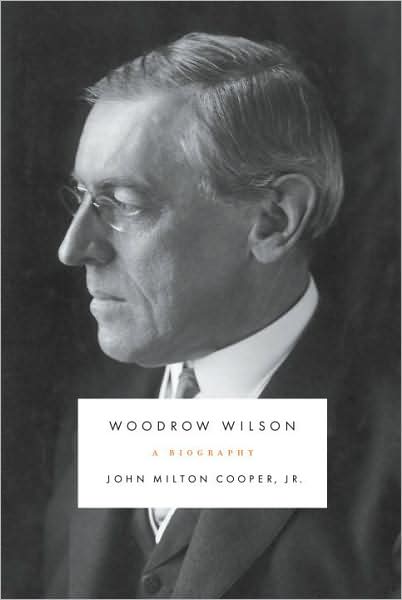