I think I should have a blog again.

And today is Presidents' Day, one of the most wonderful days of the year.

Presidents' Day, Columbus Day, Veterans Day. It's hard to say which one is the best.

But it might have to be Presidents' Day, which, I'd like to add, may very well be spelled "Presidents Day," but is never "President's Day." Because that would mean it was a day belonging to only one president.

If you know me, you probably know that I love presidents. Why?

1. I like to memorize lists, and US presidents is a great one:

(I held the shift key that whole time in lieu of using caps lock.)

If I'm bored during class, I just write it out in cute handwriting, alphabetize it, etc.

2. History is so varied and broad. It's always more interesting to look at it through the lens of individuals who had the eyes of the world on them. What did they do with their time? How are they remembered? How did one individual impact the country, and how did the country impact that one individual?

3. I always know what interesting fact to say when I have to introduce myself to groups of people. And how people feel about my love of presidents is a good predictor of future friendship!

Here are some pictures to help you celebrate Presidents' Day: 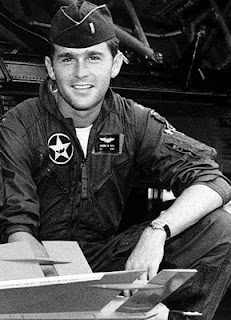 Never seen George Bush like this, now have you?